(I originally wrote this article in 1984 for Seasons magazine. I understand it was subsequently used by Cornell University as part of one of their courses. I reprint it here because the message is now more relevant than ever.) 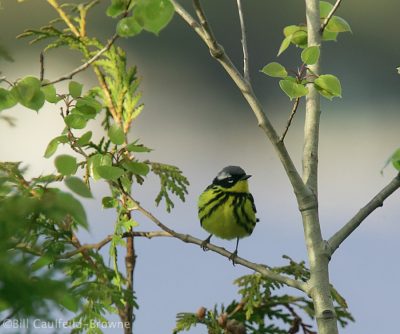 Celebrities whose private lives are unremittingly hounded by news photographers might agree that many of those wielding a camera are clumsy and unthinking people. Wildlife photographers, for all their art and technical expertise, occasionally fit this description too.

I am struck by a couple of examples in particular. There is the photographer who indulges in extensive “gardening” to improve the framing, foreground or background of a photograph of a flower. In the process, he or she often breaks twigs and grasses or other flowers; he may actually be destroying the environment in which the plant can survive. If other photographers then follow to photograph the same specimen, particularly in a bog or a pasture, we are left with a trampled area marked by boot prints and destroyed vegetation.

Another example is the gardening done by the cameraman trying to photograph birds or animals. In order to clear a view, he pushes aside the cover that provides the nest with protection, thereby exposing it to the elements or to predators. In addition, he may frighten the species so much that it will never return to its nest.

The obvious premise to my remarks is that it is more important to leave a plant or an animal undisturbed and its environment undamaged than it is to take a photograph. This thought seems to elude a lot of people; in the thrill of the quest for the “perfect picture”, they simply forget the well being of the subject itself. I have no desire to dictate how pictures should be taken, or to interfere with an artist’s creativity, but I do think we should avoid certain practices. Here are few hints on how to take photographs with a minimal impact on the environment.

First, try and avoid going around to sensitive areas with a group of other photographers. As already mentioned, the slight marks one photographer may leave in passing can be significant if several fellow photographers trample in his footsteps over the course of the next half hour. Go alone, go lightly

Second, whenever possible use long lenses. That is, try to take your pictures from a distance so that you can station yourself in a non-sensitive area. While this kind of precaution is sometimes vital for subjects such as nesting birds, it can also be used to good advantage with rare flowers. On a Sunday in June, for example, a horde of photographers can be found in certain areas of Dorcas Bay. (Dorcas Bay is now part of Bruce Peninsula National Park in Ontario and is renowned for its many species of rare orchids.) As they kneel close to the orchids, they inevitable cause damage to less spectacular species. By standing back, perhaps on a trail or on firmer ground, you may be able to get an equally impressive shot. Indeed, sometimes the apparently flattened perspective obtained with a telephoto lens can actually show a plant to better advantage.

Third, try to use natural light. Setting up stands and extra tripods with auxiliary flashes or reflectors keeps you around for longer and sometimes causes further damage to the area.. In any case, the resulting pictures are not usually natural; they are clear and crisp, as in a textbook, but lifeless. Admittedly, I have strong feelings on the subject because I rarely use anything but natural light. – that is the way I see flowers or birds. I’ll make an exception for owls or other nocturnal creatures, but is a beautifully flash-lit orchid, backed by a black card to show it off to better advantage, really a good nature photograph? A reflector may be necessary on harsh sunny days to provide a little fill light, but it seems to me that routinely surrounding a specimen with artificial lights and gadgets is somehow unnatural.